With rumors swirling today that Amazon may buy Slack for as much as $9 billion, many people may be hearing about team collaboration software for the first time.  To be fair, the vast majority of businesses still rely on other software to handle internal office communication.  For most people, that software is email – it’s reliable, effective, and the user base is getting closer to 100% of business employees every day.  Some offices also use instant messengers such as Trillian.  Slack, meanwhile, has only 5 million users – and only 1.5 million of them pay for the enhanced version of the product. 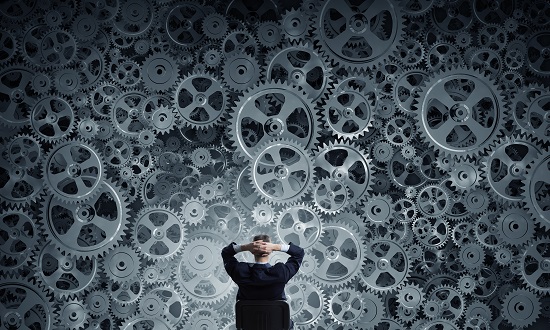 While Slack is the largest team collaboration software out there, it certainly isn’t the only one – PC Magazine put together a comparison chart of all of these tools along with their reviews for each of them.  Microsoft Teams missed inclusion on this list because it just publicly launched in March, but it’s included with Office 365, immediately making it one of Slack’s largest competitors.

Should your organization’s employees be among those 1.5 million users?  Or should you consider another competing product such as Microsoft Teams or Trello?

Priority levels – with the exception of the occasional exclamation point next to an email in Outlook, email doesn’t have priority levels.  Whether you’re the only recipient of an email or you’re copied on an email that’s almost entirely irrelevant to you, it still shows up in bold text, unread, vying for your attention.

Slack allows users to set priority levels.  Direct messages sent to you are configured to draw your attention – company-wide messages are there for your viewing, but don’t demand attention in the way that direct messages do.  Different topics can also be assigned different priorities, based on their importance to the individual user.

Internal vs external priorities – an employee’s inbox is their connection to the world, including supervisors, customers, co-workers, spammers, phishers, and plenty of other categories of people.  Some emails contain critical information; most emails people receive are junk.

Messages coming through Slack are coming from team members, making them much more relevant on average than email messages.  Sending a message through Slack ensures that the recipient won’t have to get through 50 junk mail messages in their inbox before they get to reading your request.

Getting up-to-date – Whether a new employee is joining the company, or an existing employee is being brought onto a project for the first time, Slack’s archiving allows people just joining a conversation to quickly review all past discussions, including any files posted along the way.  Emails aren’t recorded this way, making it much more difficult to catch new people up when they’re brought onboard.

To learn about how WingSwept can help your small or mid-size business use technology to become more efficient and productive, call us at 919.779.0954 or emails us at Team_WingSwept@WingSwept.com.