Paul Samuelson, the first American economist to win the Nobel Prize, once said “The stock market has forecast nine of the last five recessions.”  If anyone could accurately forecast recessions, they wouldn’t bother to do it for long, because they’d be rich beyond belief.

That being said, there are some indicators that are better than others.  One of the most watched is the interest rate spread between the 10-year Treasury bond and the 2-year Treasury bond yields.  It’s bad news when the yield curve inverts – that means that people will accept a lower interest rate to lend the US government money for a longer period of time.  When most people don’t want to have to find a place to put their money in two years, that’s a bad sign of where they see the economy in two years.

Currently, the yield curve has been headed downward since December of 2013, and has nearly reached inversion – if it continues its current trend rate, it will invert by the end of the year.  If history repeats itself, that means a recession sometime before the end of 2021. 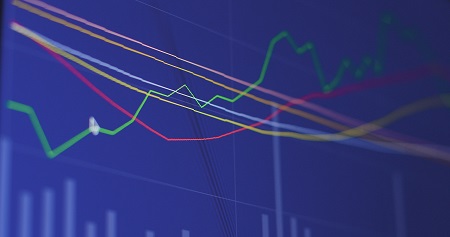 Is your company ready?

Recessions will force executives to make hard decisions no matter how prepared they are.  But there are a few things companies can do to minimize the pain.  All revolve around a common theme of having systems in place to mitigate the squeeze between your top and bottom lines.

If the majority of your employees receive a flat-rate of compensation based only on a salary or hourly wage, then you’re forcing yourself to choose winners and losers when you need to reduce your labor costs at the worst possible time for your employees.  If your employee compensation is based on a sliding scale that moves higher when the company is doing better, then your labor costs will decline as your business does.  There are many ways to do this: profit sharing, bonus systems, a team performance system – but make sure that the variable element of compensation is high enough to have a material effect on your bottom line in the event of a recession.  And make sure that your employees don’t rely on their variable compensation to pay for their necessities!

Some industries have little control over their customer base.  But if you can market your services to multiple types of businesses, make sure that you’re regularly evaluating your customer mix and that the mix includes a healthy number of companies that are recession-resistant.  That way, all of your customers won’t be looking to cut expenses when the recession comes.  Some may even be looking to expand!

If you’re over-leveraged when a recession hits, you’re going to fare badly.  This is a lesson that many giant US companies are likely to learn during the next recession.  They’ve been able to issue bonds at such low interest rates that they’ve done it just to buy back their own stock.  They’re relying on future earnings to pay back all of those bonds, and when that revenue dries up, they might find themselves re-issuing that stock, and more, to get out of the crushing debt load.  They’ll also be forced to lay off their talent, which will damage their long-term profitability.

If you’re relying on future revenue to pay your past bills, this is a great time to take excess revenue and close that gap.  In a recession, revenues will drop, monthly debt payments will not, and credit lines will dry up exactly when you need them most.

To learn how WingSwept helps companies achieve their business goals through better use of technology, give us a call at 919.779.0954 or email us at Team_WingSwept@WingSwept.com.