In news that surprised absolutely nobody, Sears has announced that it’s going bankrupt.  If you’ve been in a Sears lately, you probably saw exactly why it can’t pay the bills – the stores are old, the shelves are empty, and the customers are gone.  But how did Sears get here?  And what does any of this have to do with your small business? 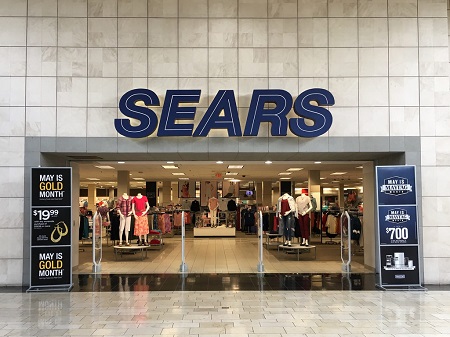 Hopefully, not much.  Sears was a zombie – an icebox in a world full of freezers.  But any company, including your own, could land where Sears did.  If you don’t want to be the next Small Business Sears, make sure to avoid these three giant business mistakes.

#1 – Don’t Try to Shrink Yourself to Profitability

How often do you hear “That company is executing extremely well, they just got too large?”  Almost never.  Most of the giant companies that “got too big” recently – General Electric, Ford, Best Buy, and Wells Fargo, to name a few – had (or have) a problem that downsizing won’t fix.  They missed the boat, and downsizing won’t fix it.

General Electric tried to buy its way out of irrelevance with overpriced acquisitions.  Ford squandered the best post-crisis position of the Big 3 auto companies by not investing in new car innovations, and is being forced to discontinue manufacture of all cars except the Mustang.  Best Buy didn’t respond quickly enough to the threat of Amazon, and Wells Fargo encouraged its employees to steal from its customers.

Sears managed to accomplish all of these failures at the same time, with the notable exception of stealing money from its customers.  By merging with the failing KMart, failing to invest in store updates and having no viable strategy to deal with Amazon, Sears ensured its own quick demise.

Downsizing is a core component of many business plans; in fact, Best Buy’s decision to shrink earlier in the decade was a critical part of its current solid market position.  Downsizing, however, isn’t the plan.  The first step of a viable business plan is finding something that a large number of customers want, and that your company can do better than any of its competitors.  If you can’t find that, downsizing will only delay the inevitable.

#2 – Don’t Make Decisions Because You Have to Make Them

When Sears announced that it was selling the Craftsman brand to Stanley Black & Decker in 2017, almost nobody thought it was a good business strategy.   Craftsman was one of the only exclusive brands that brought customers into Sears stores, as their tools had a reputation for being both high-quality and affordable.

Sears didn’t sell it because it was a good idea, however.  Sears sold it because it had to.  The company needed to pay debtholders, and it didn’t have any money in the bank.  The CEO may have argued it was part of a strategy to shrink the company to profitability, but in reality this decision was like so many others at Sears over the past five years – a bad decision made because the company missed its chance to make good ones.

Businesses that make big decisions before they have to make them will squander some profit.  If a big decision was guaranteed to work out, the odds are high that one of your competitors would have already made it.  But making some big decisions early is necessary to prevent making bad decisions later, when you don’t have a choice.

The irony is that Sears has a long history of big, risky bets.  When the Sears catalog was launched, nothing like it existed.  Sears opened its first brick-and-mortar stores in the 1920s (during the Great Depression) and launched Prodigy internet service in 1984 (with IBM and CBS).  The catalog and the storefronts made Sears so successful that it represented 1% of US GDP by the 1960s.  Prodigy was a failed attempt at capitalizing on what became the greatest innovation of the last 50 years.

Unfortunately, Sears followed the same path that many giant businesses followed.  When money was tight, they innovated into massive profitability.  When competitors finally caught up, they tried to buy their way into future revenues.  And when they couldn’t put all of the pieces together, they sold them off at a loss, without a strategy to right the ship afterwards.  What was left was a death spiral: less economic scale, almost no innovation, and disappointed shareholders, customers and employees.

One of the most popular job interview questions is “Where do you see yourself in 10 years?”  It tells you a couple of important things about job candidates.  First, does it seem like this job fits into their plans, or will they quit as soon as something better comes along?  Just as importantly, do they have a plan to grow professionally, or are they just coasting?

Job applicants should also be asking this question during all of their interviews.  “Where does senior management see this company in 10 years?  How will I fit into that plan, and what are the growth opportunities for me as the company evolves?”  Whether you’re an employee or an employer, it’s very hard to coast in the competitive business world – if you aren’t evolving, you’re declining.

Recently-formed companies are great at answering this question, because they’ve had to fight hard for the success they’ve earned.  Many of them are run by the same person who had the entrepreneurial drive to build the company, so the company is being driven towards future growth and success.  New business owners are also accustomed to having to sell the future of their company to the employee prospects they most want to hire, because those people have several options when they’re looking for a job.

Big companies, on the other hand, are sometimes terrible at having a 10-year plan.  And despite what people on Wall Street will tell you, it’s not just because they have to report quarterly earnings.  Here are a few common factors at big companies that explain why they’re so bad at long-term planning.

These problems are more common at large businesses. But any of them can happen at a complacent small company too.  Consider these scenarios.

When considering Sears’ downfall, it seems impossible for a company to make so many mistakes at once.  The bad news, however, is that most companies don’t get to make that many mistakes.  Sears survived beyond its prime for decades due to billions of dollars in the bank, millions of square feet of company-owned property, instantly-recognized brands, and a solid credit rating.  Smaller companies can’t count on any of this, so even one of these major mistakes could sink a company much more quickly.

The most important way to avoid these problems: don’t get lost in the weeds.  Every business will generate fires, and somebody will need to put them out.  But if the CEO stays focused on day-to-day operations, your strategy for the future will lay dormant.  If your five-year plan hasn’t been updated in three years, your strategy isn’t relevant.  If it hasn’t been updated in six years, you don’t have a strategy at all.

The most successful companies over the long term will have executives that can dedicate a significant portion of their time to developing a data-driven business strategy and measuring how well it’s being executed.   They’ll make sure their employees are skating to where the puck is, and they’ll focus on where the puck is going next.  While companies can sometimes find themselves in first place by pure luck, luck won’t keep them there for long.

To avoid getting lost in the weeds of technology, give WingSwept a call at 919-779-0954 or email us at Team_WingSwept@WingSwept.com.  Whether you need help building a technology plan that fulfills your company vision, or want someone to put out fires so you can focus on your business, WingSwept will help you meet and exceed your technology objectives.