If you’re like most businesses, you’re hiring right now.  Despite an impending global slowdown, the United States economy continues to deliver strong results.  Most companies are experiencing a shortage of qualified job applicants, and in some cases they’re passing on business opportunities they’d love to take due to a lack of staffing to handle the work.

While the economy is hot right now, it won’t be hot forever.  In fact, economists peg the chance of a recession in the next year at 25%.  The odds of a significant slowdown in economic growth by the end of the year, meanwhile, are much higher than that.  This leads to a challenging decision for forward-thinking business executives: if you hire now to meet a glut of demand, what will you do to adjust if things slow down a year from now? 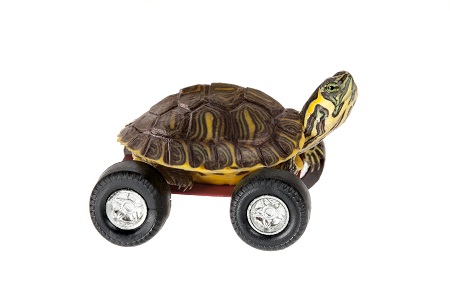 What Has Worked… and What Hasn’t

There’s no one right answer to this question, but fortunately, there is some solid research.  In 2010, the Harvard Business Review looked at 4,700 companies over three recessions, and tried to determine which decisions led to best weathering challenging economic conditions.  The results weren’t what you’d expect.

Companies that retrenched – cutting faster and deeper than their competitors in the face of an economic downturn – actually fared worse than others over time. Even companies that were well positioned before the recession and take this approach fare badly, as they lose ground to competitors they can never make up.

The most aggressive companies also performed poorly.  A part of this was due to the fact that these were public companies – their size made it difficult to quickly restructure when it became obvious their over-investment was leading to dire results.

Cutting Labor Costs vs. Other Expenses

The best performers were balanced – but they focused their cuts in a specific area.

Companies that cut labor costs performed worse than those that cut costs everywhere else.  Focusing on efficiency – squeezing the waste out of everything from supply chains to company structure – allowed companies to be ready to capture higher margins than ever coming out of the recovery.

The most successful companies’ aggressive plays were in R&D and marketing.  By taking advantage of depressed prices to invest in these things, they position themselves for higher margins on cutting-edge products post-recession.  Of course, this requires that the company save enough cash during the good times to deploy it during the challenging ones, which is another sign of a well-managed company.

This points to the difference between idle assets and true waste.  Just because you can’t fill an employee’s calendar with the highest-value billable work doesn’t mean their time is wasted.  Instead, their excess time can be invested in better results – reducing extraneous non-labor costs, while working to develop new products and services that your company can deploy either during or after the recession.  Companies that pursue this approach are lean, but not skinny.  Instead of finding themselves shorthanded coming out of a recession, they’re able to immediately sell into the new demand.  More importantly, they’re meeting that demand more profitably than ever.

To learn how WingSwept can help your business thrive through more efficient use of technology, call us at 919-779-0954 or email us at Team_WingSwept@WingSwept.com.