From time to time, a client will have a need for additional network ports or want to expand their wireless coverage, and ask if they can get a router or wireless access point like the one they have at home to do exactly that.  Unfortunately, that’s almost always a bad idea.

It can be a tempting quick fix – after all, a great home router can be had for under $200, while business-class firewalls can easily cost thousands of dollars.  But it can do long-term damage – if it works at all.  Here are three ways a home router can wreak havok on your business network. 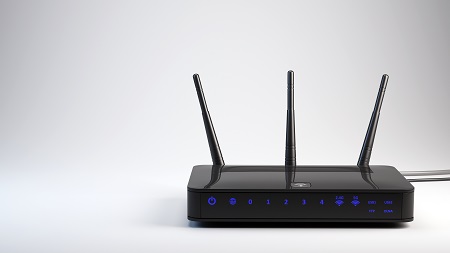 Generally speaking, the data stored behind home routers isn’t as valuable as the data stored behind business firewalls.  Because of that, the home router manufacturers don’t put as much time into security – there is some level of security, but it’s fairly basic.  In fact, the device names point to this fact.  Home networks use routers – their primary job is to route data.  Business networks use firewalls – their primary job is to protect the data behind the wall, although they also route data to and from devices.

Plugging a router into a business network means you have a less secure class of device on your network.  We strongly advise against leaving your business’s data connected to a home-class router.

Home networks have a few devices connected, and many of these are only downloading one stream of data from a single source (a Netflix movie, for instance).  Businesses have dozens of devices connected – servers, desktops, laptops, printers, phones, and A/V equipment.  Because of this, firewalls are rated for much higher throughput and can handle more devices connected simultaneously.

When we configure a firewall for a business, the expectation is that that firewall will be the only “source of authority” when it comes to routing traffic.  If someone adds a consumer router to a network, that router has the potential to conflict, or “step on the toes” of the firewall leading to mass confusion for all devices on the network as they no longer know who the “source of authority” is.  Even if a consumer router is configured such that it is not routing traffic and is instead acting only as a wireless access point, there is the potential for that device to lose its configuration and revert back to routing traffic.  Unfortunately, when this happens, the entire network is severely degraded and full functionality is not restored until the misconfigured router is found, removed from the network and all other network devices are fully power cycled.

To learn how WingSwept can help you make the best decisions on your technology to maximize the productivity of your employees, call us at 919-779-0954 or email us at Team_WingSwept@WingSwept.com.