Currently, the top 15 companies in the US are sitting on $1 trillion of cash and investments they don’t even know how to profitably invest – enough to spend $3,000 on every person in the United States.  Depending on how you see things, this staggering figure can make you wonder how small businesses can even compete – or it can make it even more obvious.  Here are three ways small and mid-size businesses can compete with giants in every industry and win, no matter how much cash the giants have to buy the business right out from under SMBs. 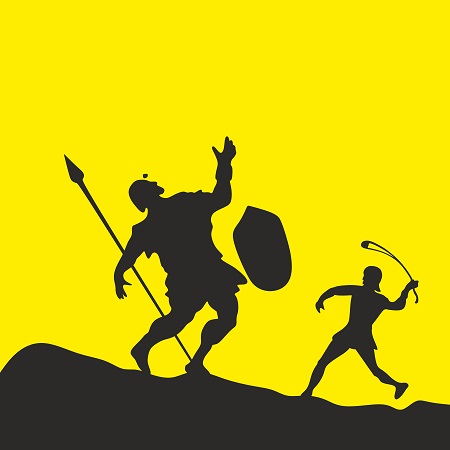 Turning Time Into Money – For most businesses with fewer than 50 people, making a major change to the product or service offering can happen in as little as 10 minutes.  If the executive team learns that they’re overpricing their product, it can be fixed with an email.  There may need to be some tweaks in the payment processing software or marketing collateral, but the sales team can be on the phone within the hour offering the new price to potential clients.

At the giants, nearly any change turns into a logistical nightmare.  Market studies have to be conducted.  Divisions have to be restructured.  Shareholders will expect an explanation in the Management Discussion and Analysis section of the quarterly filing.   By the time the change is made, the market is already moving again.

They also own too much market share to risk losing any of it.  This means they’ll defend their existing product lines long after they’ve been innovated into obsolescence, only bothering to change after it’s too late to have an impact.  Remember Digital Equipment Corporation?  Blockbuster?  Kodak?  They all failed to react to a transforming market until it had already left them behind.

Except it isn’t, really – not over the long run.  Corporate giants’ focus on pennies have led to sites like Dial A Human, which provides directions on how to navigate the phone tree at large companies and get directly to a human.  Other notable disasters include the Comcast retention department’s eight minute barrage of desperation to prevent a reporter from cancelling service, and Wells Fargo’s illegal theft of their own customers’ money, which led to a ban on deposit growth from the Federal Reserve.

The reality is that a single sympathetic human interaction can lead to years of customer loyalty.  Large companies have cut so much service from their customer service that small acts of unexpected kindness can yield thousands of dollars in return.  They’ve made sales so impersonal that a salesperson answering a ringing phone without the assistance of a phone tree is seen as an above-average experience.  And product knowledge is so lacking that when you encounter an employee that is both educated and empowered, it’s almost shocking.

Doing One Thing Well – There’s not a big enough total addressable market for large companies to focus on doing one thing well.  As they grow, they must learn to do more things over a larger geographic footprint.  Eventually, they’ll try to tie all of these things together, even if they don’t fit well, to provide a cross-selling opportunity across their customer base.  Tide wants you to franchise a dry cleaning business from them.  Amazon wants to sell home services.  Allergy drug Claritin even tried to market air purifiers.

All of this leads to the final reason that SMBs can survive, and thrive, in a world of titans: common sense.  Because while the top 15 companies are sitting on $1 trillion in cash and investments, many other large public companies are sitting on piles of short-term debt they acquired simply to buy back shares or pay dividends.  And when it comes time to refinance that debt, it may not be much fun.

To learn how WingSwept can help you leverage technology to achieve better business outcomes, call us at 919-779-0954 or email us at Team_WingSwept@WingSwept.com.